Grace Classical Academy is a classical Christian school committed to the Christian Faith and the classical Trivium. Its central purpose is to bring glory to its Lord, Jesus Christ, by assisting Christian parents in the godly education of their children.

A lot of prayers and efforts from a handful of families from Grace Church came before the formation of GCA. This group was committed to rearing their children in the Reformed Faith and they were considering different models of Christian education. One model that they considered was that of classical Christian education. They read through Douglas Wilson’s Recovering the Lost Tools of Learning and were convinced of the excellence of the time-tested method of the Trivium as a superior alternative to any other philosophy of education. With growing convictions for the education of their own children, the pastors and elders of Grace Church made the decision to found Grace Classical Academy – Orange County’s first classical Christian School.

Grace Classical Academy opened her doors in the Fall of 2003 with three board members, nine full-time students and three full-time teachers. The school rented space in Crossroads Community Church in Mission Viejo. This was a year in which teachers (both fulltime and part-time), volunteers, parents, and board members made great sacrifices in order to insure the future of the school. Since then, the Academy has grown considerably.

Now, by the powerful grace of God, the Academy has its own building, centrally located in Laguna Niguel, eleven full and part time teachers, a principal, four board members, over fifty full-time students. In all of the history of Grace Classical Academy, the Lord has been faithful to uphold and establish this work. Great efforts by many people have aided in the founding and continuance of GCA, but ultimately all glory and honor must be given to Christ whose grace has upheld Grace Classical Academy since her inception.

It is our earnest desire to see God continue to build this work in order that we might serve like-minded families in training and educating children in the way of the Lord, through the 12th grade. 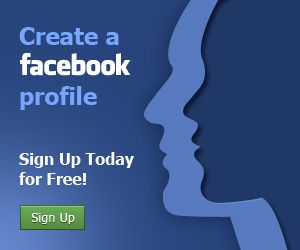